Victory for the Home Care Workers 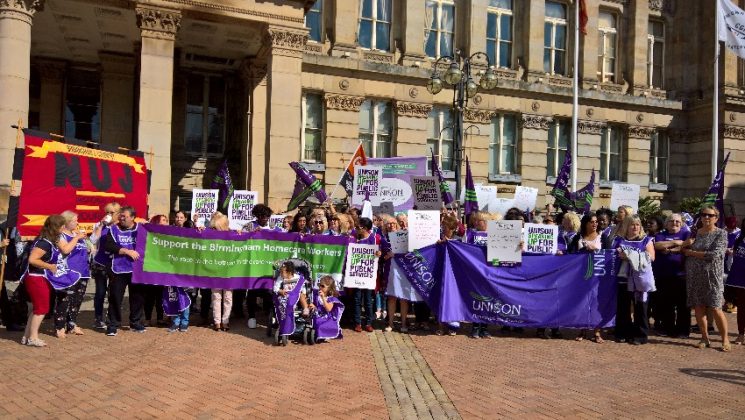 Congratulations to the Home Care Workers and their supporters in a long and hard fought campaign!

“For well over a year they’ve fought against plans which put their jobs at risk and threatened massive pay cuts these low-paid workers could ill-afford.”

“It’s been an incredibly difficult time for them. They’ve repeatedly taken strike action, not because they wanted to, but because they knew they had to.

“UNISON members have earned their right to celebrate a momentous victory. And they can hold their heads up high. I am proud they are part of our union.”

“This will mean that there will be no contractual changes for staff, and therefore no compulsory redundancies or reductions in working hours – two of the primary objectives that Unison has sought through the dispute over the past year.”

The Council will however be seeking to get the NHS to step in to Adult Social care.

The cabinet are set to formally withdraw the rota change plans at a specially convened meeting on Wednesday (May 22).