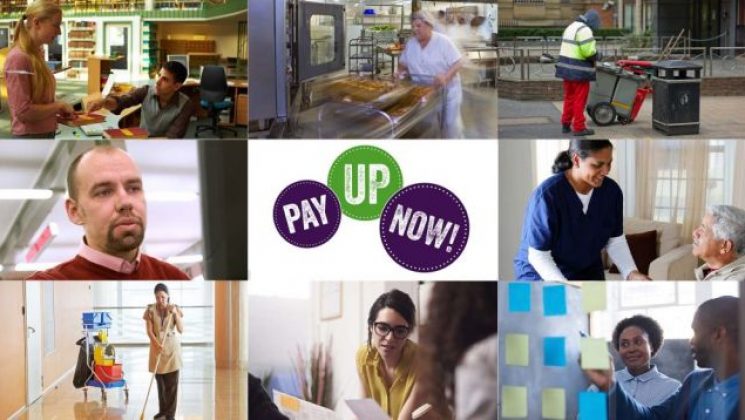 After ten years of real terms pay cuts, you deserve a decent pay rise. If you’re a council or school worker, make sure you have your say on pay.

UNISON submitted a pay claim for all council and school workers, employed on NJC pay in England, Wales and Northern Ireland on 24 July 2019. UNISON, GMB and Unite’s joint claim is asking the Local Government Association for:

Commenting on the claim UNISON head of local government Jon Richards said: “Council staff have paid a heavy price during the years of austerity, keeping services going when cash was in short supply and hundreds of thousands of their colleagues lost their jobs.

“The government claims the cuts are behind us, but no new money behind the recent pay announcement for teachers, police officers and the armed forces suggests otherwise. The new PM should make good the damage of the past, and fund local government properly to protect jobs, wages and services.”

The Local Government Association are expected to respond in the autumn. However it is crucial that council and school workers organise now.

Pay up meetings will be held. The next one is Tue 17 September  10 a.m. in Birmingham which will be an employer briefing.