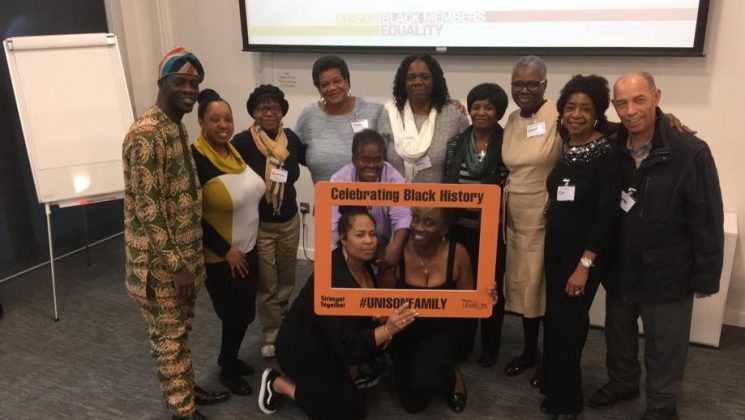 October is Black History Month in the UK.  During October members of the Black Members Self Organised group went on a trip to London, and had celebrations at the Branch.

Birmingham Branch’s Black Members Self Organised Group went to London on 18th October to visit UNISON Centre where Thompsons talked about how they are working to get young people from disadvantaged backgrounds into apprenticeships with solicitors.
UNISON gave awards to Young People in the community who have achieved recognition. There was also a visitor dressed in Afro-Caribbean cultural dress reciting poetry as well as a group sing a long which has been described as ‘electrifying’ – it made attendees feel really part of something special. The song was ‘Something Inside So Strong’. An MP also came to speak to those in attendance about young people and the struggles they are facing and having to overcome. There was also a demonstration of Asian dancing, which included six of the most popular dances in the Region.
(Above image: Members of our Black Members Group with others at the event in London) 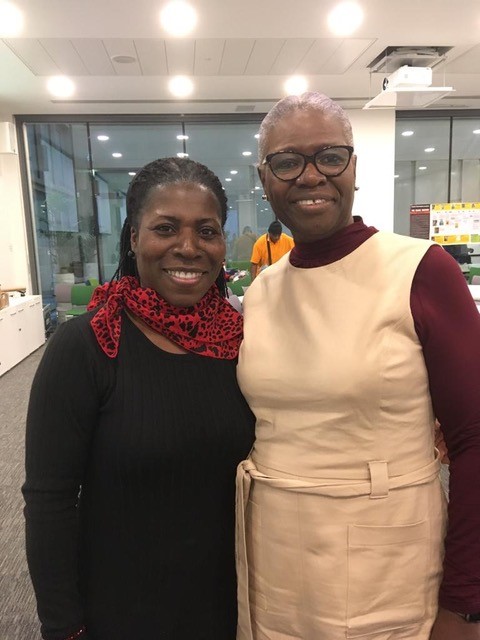 On 25th October 2019 the branch Black Members group celebrated Black History month with an event which included guest speakers – Desmond Jaddu came to speak about issues affecting the Black Community. Audreia Joseph came to speak about her book and living in Birmingham and Erma Lewis spoke about the Jamaica Hospital Appeal fund.
Omar Caseman, Donald McCombie and Jacqueline Minott provided musical entertainment for the group with some light hearted singing.
There was also buffet of West Indian food. 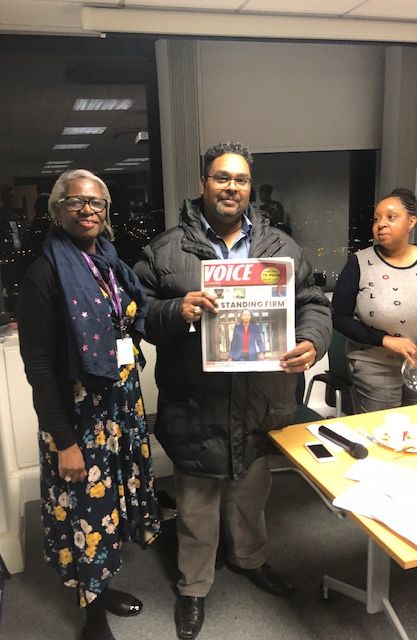