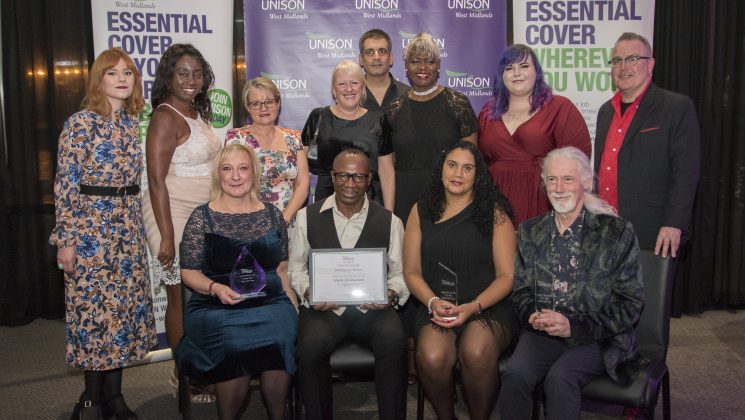 On Wednesday 13th November the West Midlands Regional Awards took place at The Cube in Birmingham. The branch, dressed in their finest attended the ceremony – there was a lovely meal, the ceremony and dancing and a great night was had by all.

Even greater still, the branch won three awards and a Highly Commended certificate for its commitment to our Members.

First up was the award for Learning and Development; Donald McCombie won this for the branch for the great courses on offer at the Branch for our members and activists. 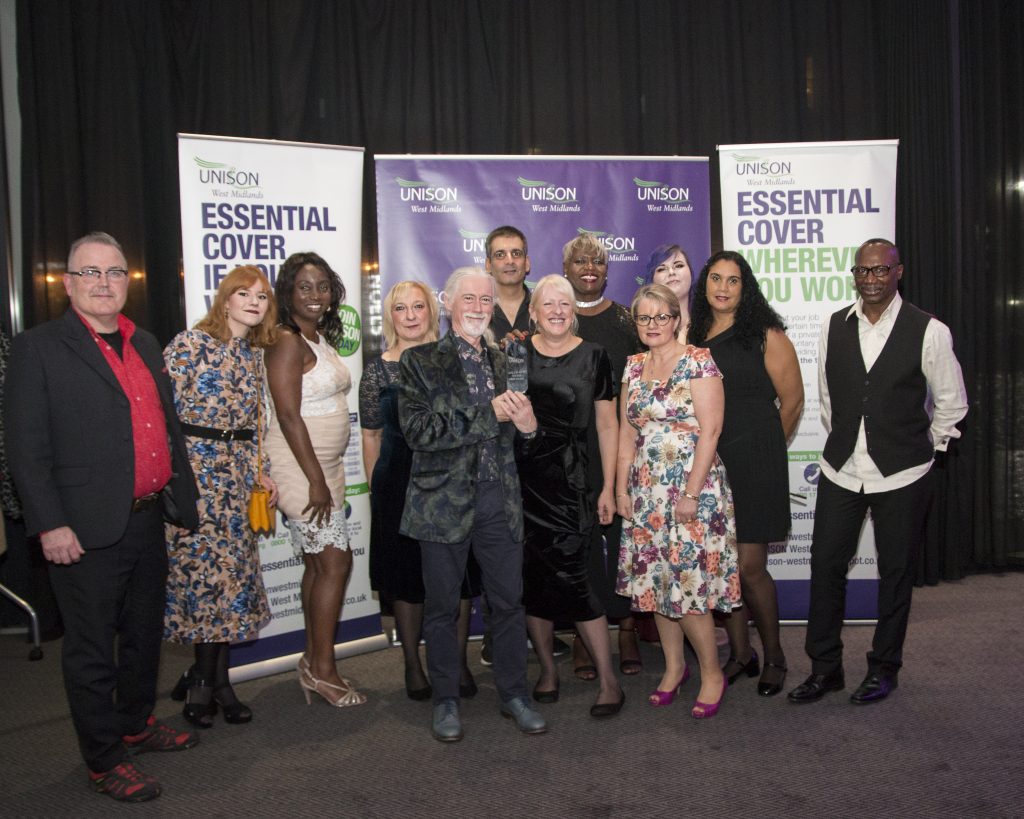 Secondly the award for Communication, awarded to Tracey Mooney, for the work that the Branch has done on the Third Generation offers. 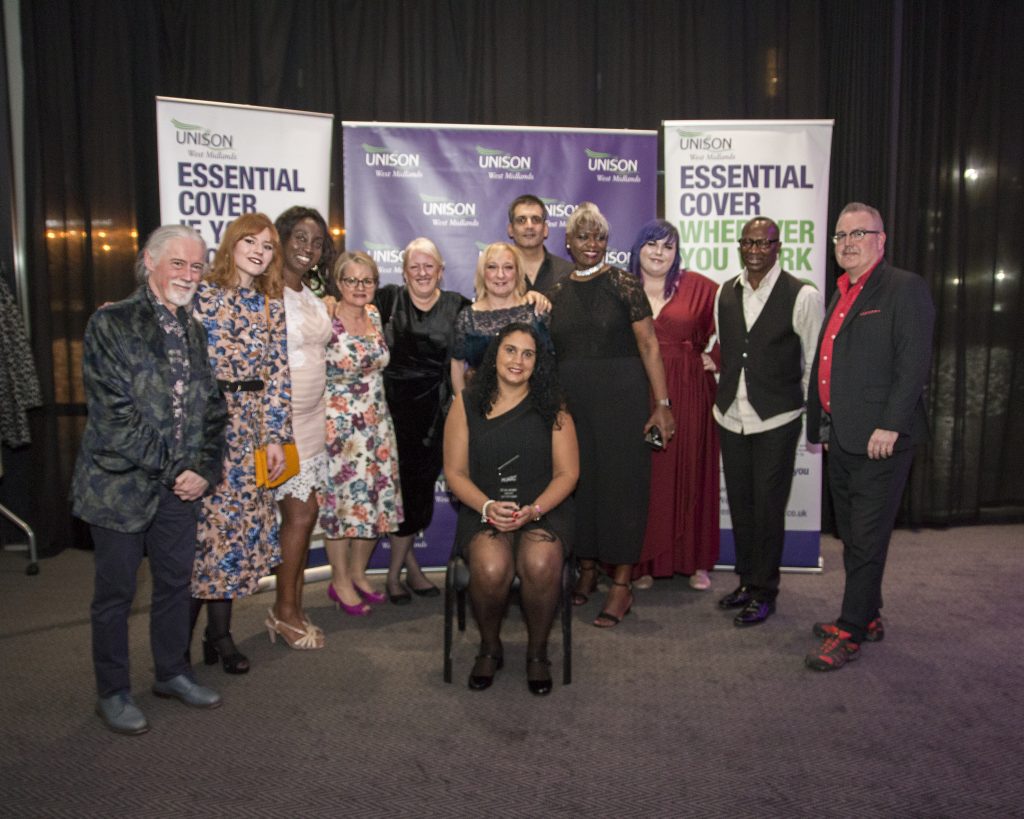 Due to the amazing nominations that were received we did not win the award for representation but Omar Caseman, the Assistant Branch Secretary for Adults from the Branch received a Highly Commended for Representation certificate. 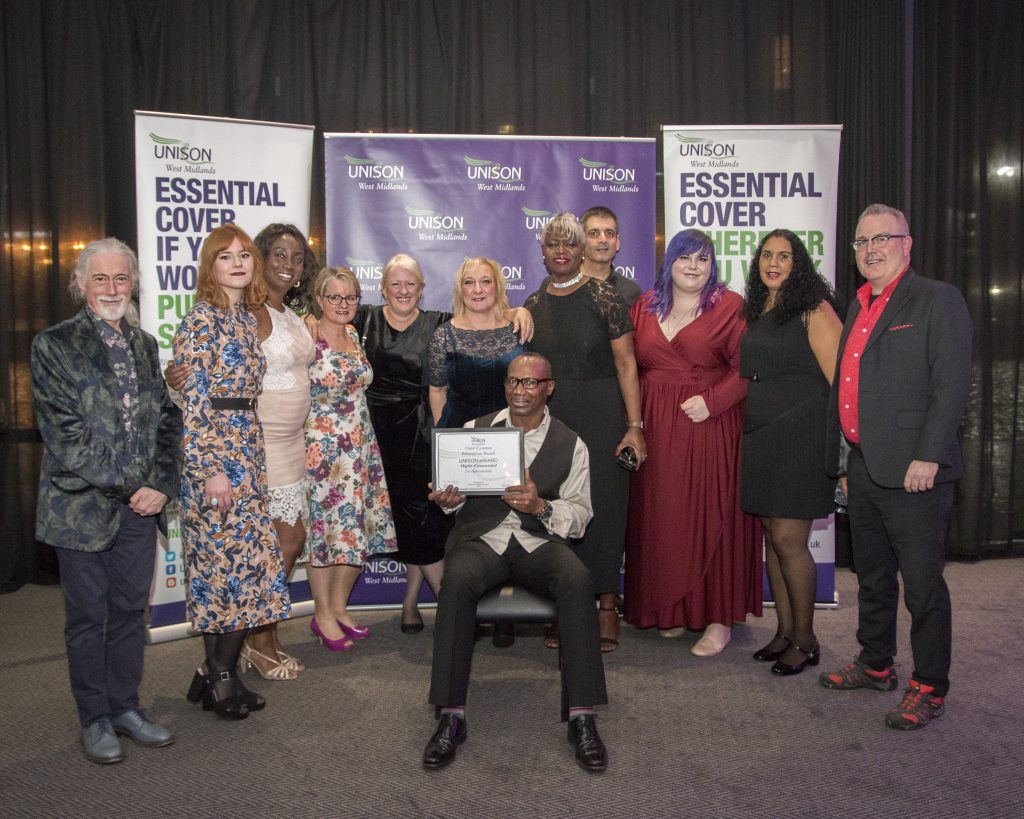 The next award was a lovely surprise for the Branch, we won the Outstanding Achievement Award for all the work during the Home Care Workers Dispute over two years which in the end, we won. 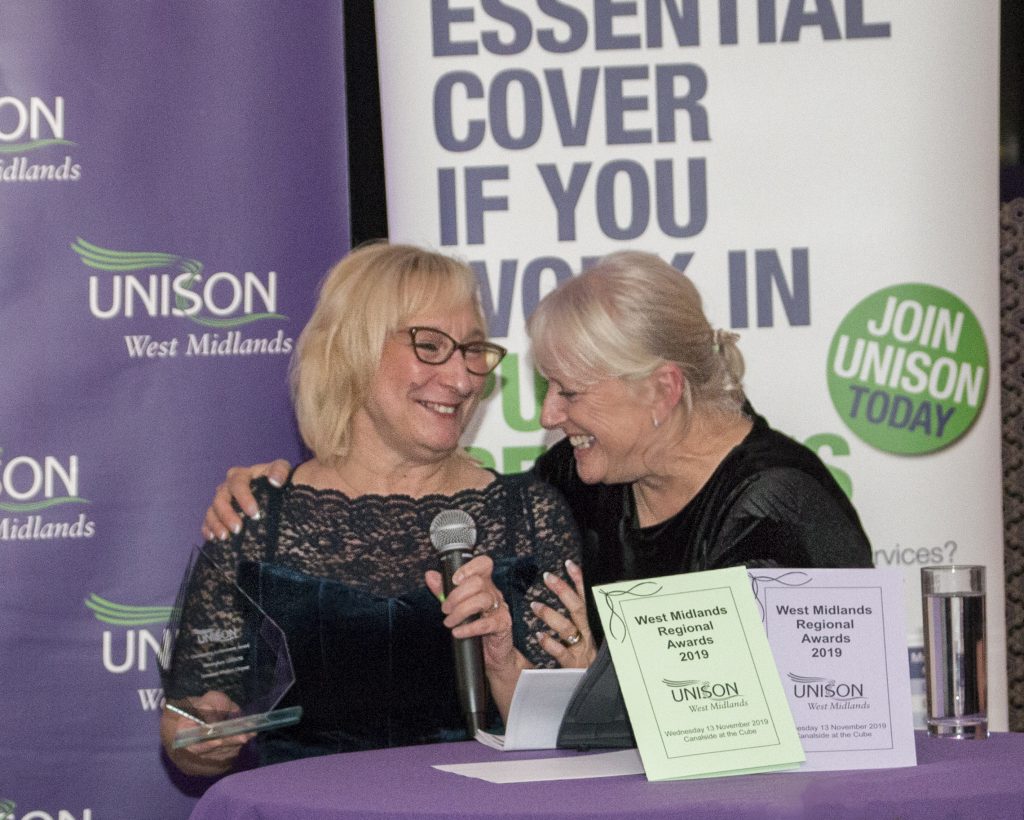 Caroline Johnson and Mandy Buckley were so thrilled, along with the other attendees from our Branch. The award means a great deal after such a long, well fought battle for the rights of the Home Care workers. 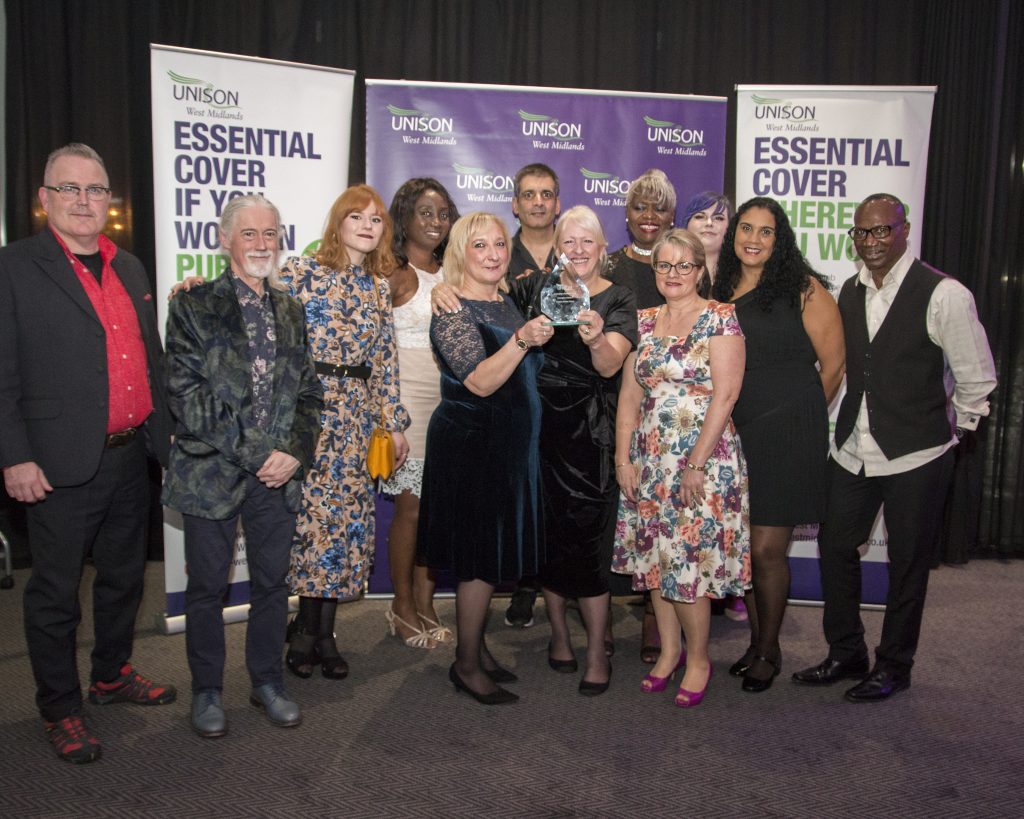 Your Vote Matters
Unison Financial Award can help you this Christmas