International Day of Persons with Disabilities

Today is International Day of Persons with Disabilities. The Branch Disabled Members Officer has produced a reading list of books that have characters with disabilities in them.

It is also Disability History Month. This year’s theme is Access- How Far have we come and how far we’ve yet to go.
Birmingham Libraries have a variety of books with disabled characters in them which can be found here and currently you can order and collect books from Birmingham Libraries so there is still access to low/no cost literature for all Birmingham citizens.

Books that have characters with Disabilities:

Books About the Autistic Spectrum

High school graduate Jeremey Samson is looking forward to burying his head under the covers and sleeping until it’s time to leave for college. Then a tornado named Emmet Washington enters his life. The double major in math and computer science is handsome, forward, wicked smart, interested in dating Jeremey—and he’s autistic. 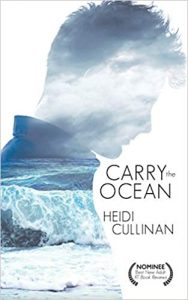 2. The Curious Incident of the Dog in the Night-Time by Mark Haddon

Christopher John Francis Boone knows all the countries of the world and their capitals and every prime number up to 7,057. He relates well to animals but has no understanding of human emotions. He cannot stand to be touched. And he detests the colour yellow. Although gifted with a superbly logical brain, for fifteen-year-old Christopher everyday interactions are confusing as he has Asperger’s, a form of autism. 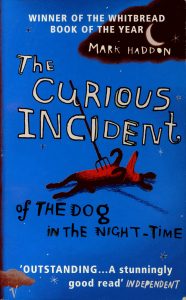 3. The State of Grace by Rachel Lucas

Fifteen-year-old Grace is funny and plain-spoken. Just because she has Asperger’s doesn’t mean she’s great at maths (she’s not) or can draw the Eiffel Tower from memory (she can’t). Like any teenager, Grace just wants to fit in, so when it turns out that the cutest boy in school likes her, she finds herself falling in with the cool crowd. But with her dad away and her mum distracted there’s no one at home to see Grace’s younger sister spiralling out of control, and suddenly everything threatens to fall apart – unless Grace can fix things on her own. 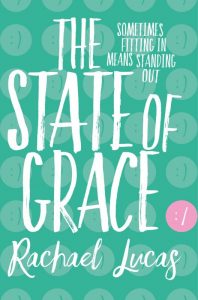 4. Flowers for Algernon by Daniel Keyes

The story of a mentally disabled man whose experimental quest for intelligence mirrors that of Algernon, an extraordinary lab mouse. In diary entries, Charlie tells how a brain operation increases his IQ and changes his life. As the experimental procedure takes effect, Charlie’s intelligence expands until it surpasses that of the doctors who engineered his metamorphosis. 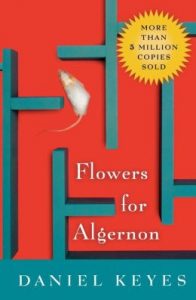 5. The War that Saved My Life by Kimberly Brubaker Bradley

An exceptionally moving story of triumph against all odds set during World War 2, from the acclaimed author of Jefferson’s Sons and for fans of Number the Stars. Ten-year-old Ada has never left her one-room apartment. Her mother is too humiliated by Ada’s twisted foot to let her outside. So when her little brother Jamie is shipped out of London to escape the war, Ada doesn’t hesitate to follow him. 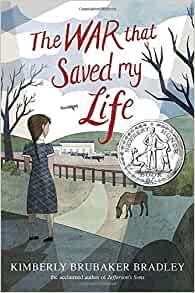 6. Me Before You By Jojo Moyes

They had nothing in common until love gave them everything to lose…
Louisa Clark is an ordinary girl living an exceedingly ordinary life—steady boyfriend, close family—who has barely been farther afield. 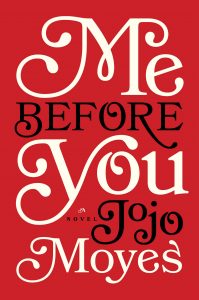 Starting at a new school is scary, even more so with a giant hearing aid strapped to your chest! At her old school, everyone in Cece’s class was deaf. Here she is different. She is sure the kids are staring at the Phonic Ear, the powerful aid that will help her hear her teacher. Too bad it also seems certain to repel potential friends. 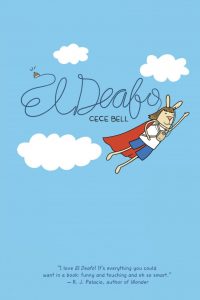 8. Out of My Mind by Sharron M. Draper

Melody is not like most people. She cannot walk or talk, but she has a photographic memory; she can remember every detail of everything she has ever experienced. She is smarter than most of the adults who try to diagnose her and smarter than her classmates in her integrated classroom – the very same classmates who dismiss her as mentally challenged because she cannot tell. 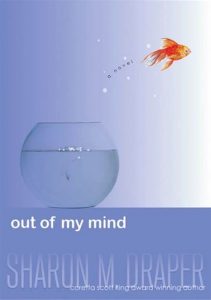 In one day, four lives weave together in unexpected ways. Virgil Salinas is shy and kind-hearted and feels out of place in his loud and boisterous family. Valencia Somerset, who is deaf, is smart, brave, and secretly lonely, and loves everything about nature. Kaori Tanaka is a self-proclaimed psychic, whose little sister Gen is always following her around. 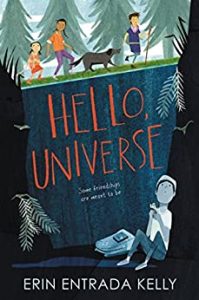 Hynd leads a lonely life, suffering the lingering effects of a debilitating illness and rejected by most of society because of it. He has spent most of a decade investigating the disappearance of the Seventh Dragoons, content to immerse himself in the frustrating search and the book he is writing about it. When his sister comes to him about a handsome man eager to meet him, Hynd can scarcely believe his luck, unable to recall the last time somebody wanted to be near him and did not fear or revile him for his illness. 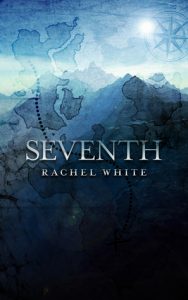 11. Song For A Whale by Lynne Kelly

The story of a deaf girl’s connection to a whale whose song can’t be heard by his species, and the journey she takes to help him. From fixing the class computer to repairing old radios, twelve-year-old Iris is a tech genius. But she’s the only deaf person in her school, so people often treat her like she’s not very smart. If you’ve ever felt like no one was listening to you. 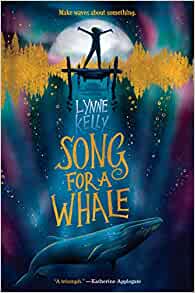 12. Night In To Day By Sandra Canfield

When sports celebrity Patrick O’Casey’s eyes met Alex Farrell’s across a crowded New Orleans dance floor, both of them felt like running. He wanted to run off with her–and she just wanted to run. But Alex couldn’t. Stricken by arthritis, she’d learned to cope by being self-reliant. And, after opening a travel agency for the disabled 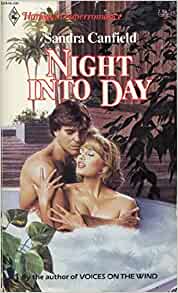 Teen lit queen Judy Blume tackles disability in her 1973 novel Deenie. The 13-year-old is determined to become a model – but when she’s diagnosed with scoliosis and prescribed to wear a back brace for four years, all of that changes. This is a good read for young teens. 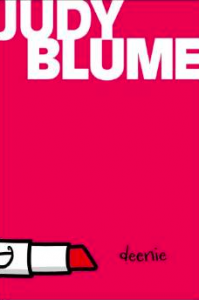 The book that inspired the hit movie, Still Alice is a moving account of a woman’s journey with early-onset Alzheimer’s. Alice is 50, and a cognitive psychology professor at Harvard University – and the disease wants to rob her of everything. This is a story brimming with fight, love and sadness. 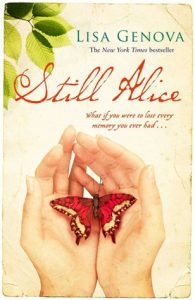 15. Elizabeth is Missing by Emma Healey

Maud is on a mission to find her friend Elizabeth – but no one is going to take her seriously. Why? Because Maud has dementia. Written entirely from her perspective, this is a dark, pacey debut from Emma Healey that’ll have you gripped. 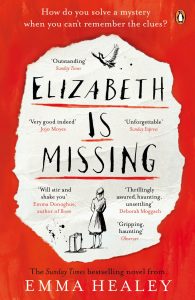 16. To Kill a Mockingbird By Harper Lee

This is a tale of racism and prejudice – and while the kids in this novel are horrified by the way Tom Robinson, a black man accused of rape, is treated by their community, they treat their neighbour, Boo Radley, a man with a learning disability, in a very similar way. This is a good one for exploring attitudes towards disability. 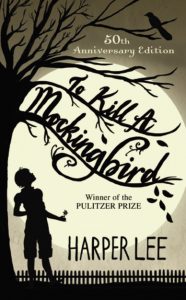 17. The Story of Beautiful Girl by Rachel Simon

Lynnie has a learning disability, and Homan is deaf – and they’re in love. It’s small-town America in 1968, and the pair are on the run from the institution where they live. This is a beautiful, heart breaking tale that highlights how much attitudes have changed – and how far we’ve still to come.

If you have more books you think should make this list, that you have enjoyed and think are relevant please do let us know by emailing the Branch Disabled Members Officer – Philippa Hands.