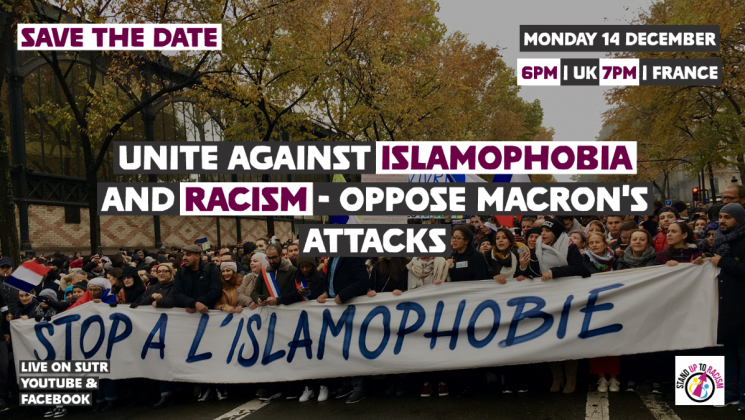 French President Emmanuel Macron has launched a major onslaught against Muslims – talking up ‘foreign influence.’ This included repression of organisations such as the Collective Against Islamophobia in France, the expulsion of over 200 Muslims and forcing the French Council of the Muslim faith to create a national council of Imams under government supervision – with the power to withdraw accreditation.

Macron’s Islamophobia is encouraging Marine Le Pen and the fascist National Rally to increase their attacks – they are calling for the government to crack down even harder on the Muslim community and a ban on the Hijab.

Thousands have fought back and mobilised to protest against police brutality on black communities and the removal of refugees.

We have to come together, unite to oppose the scapegoating of Muslim communities and oppose the rise of Islamophobia and racism.