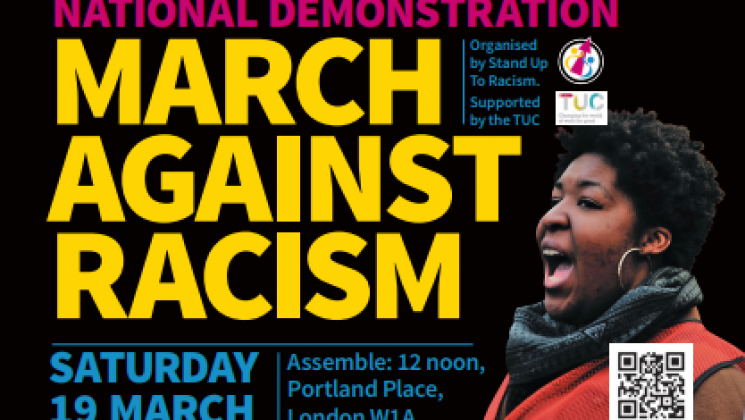 Birmingham Branch have agreed to provide free tickets to Branch members who wish to attend the UN Anti Racism March in London, organised by the TUC and Stand Up to Racism.

Coaches will depart from Birmingham City Centre at 8.30am.

If you wish to attend please email the Branch office at info@birminghamunison.co.uk as soon as possible confirming the number of tickets you need and your mobile number.

UN Anti Racism Day will see international protests taking place in cities around the world under the slogan ‘World Against Racism & Fascism’.

You can follow the growing list of countries signing on to the call and organising coordinated demonstrations on 19 March HERE, where you can also view and share the statement, and the international press release launching the global day of protest for UN Anti Racism Day 2022.

At a time when governments are intensifying hostile environments for refugees and migrants, when the #BlackLivesMatter movement is exposing the depths of institutional racism, and when the far right and fascist forces continue to pose a threat, the day of international demonstrations is extremely important.

Here in Britain we have a cabinet, led by Johnson and Patel, launching a racist offensive, with their Nationality and Borders Bill, Policing Bill, and Higher Education Bill representing a raft of intensified racist policy attacking refugees and migrants, Gypsy Roma and Traveller communities, and the #BlackLivesMatter and wider anti racist movement. They denied institutional racism in their CRED report, and attacked footballers who did #TakeTheKnee actions against racism.

We need to mobilise the anti racist majority in big numbers, and build the mass anti racist movement we need to challenge Johnson and Patel’s racist offensive. 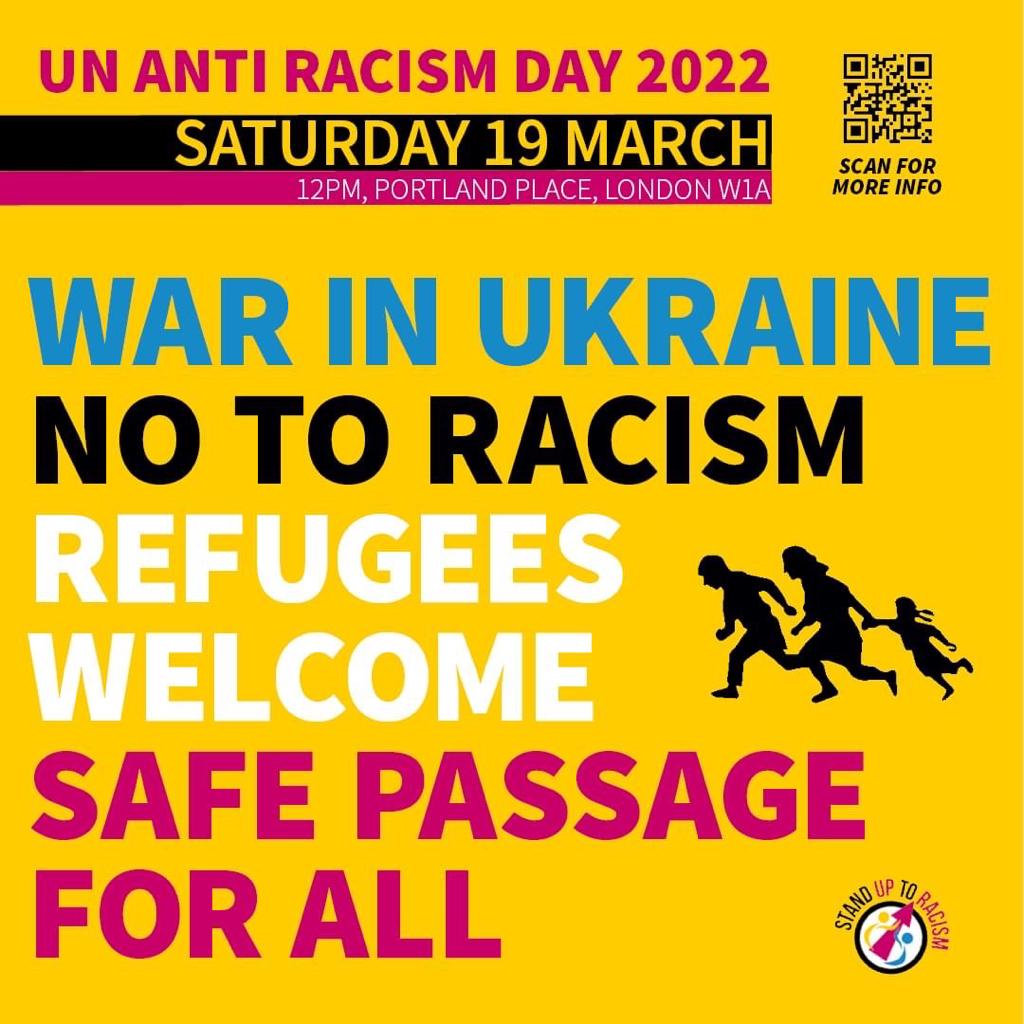