Sign Language Week is celebrated each year in March to coincide with the anniversary of the recognition of British Sign Language (BSL) by the UK Government in 2003.

The theme this year is “BSL Brings Us Together”.

UNISON has up to 200,000 disabled members. Some of these members are Deaf people whose native language is British Sign Language (BSL).

British Sign Language is a language that uses hand shapes and movements, facial expression and body language, instead of spoken word, to communicate. It has its own grammatical structure and rules. BSL is not a direct ‘translation’ of English. It is a language in its own right and is the preferred language of at least 50,000 people in the UK. For Deaf workers whose native language is BSL, English is a second, third or even fourth language. 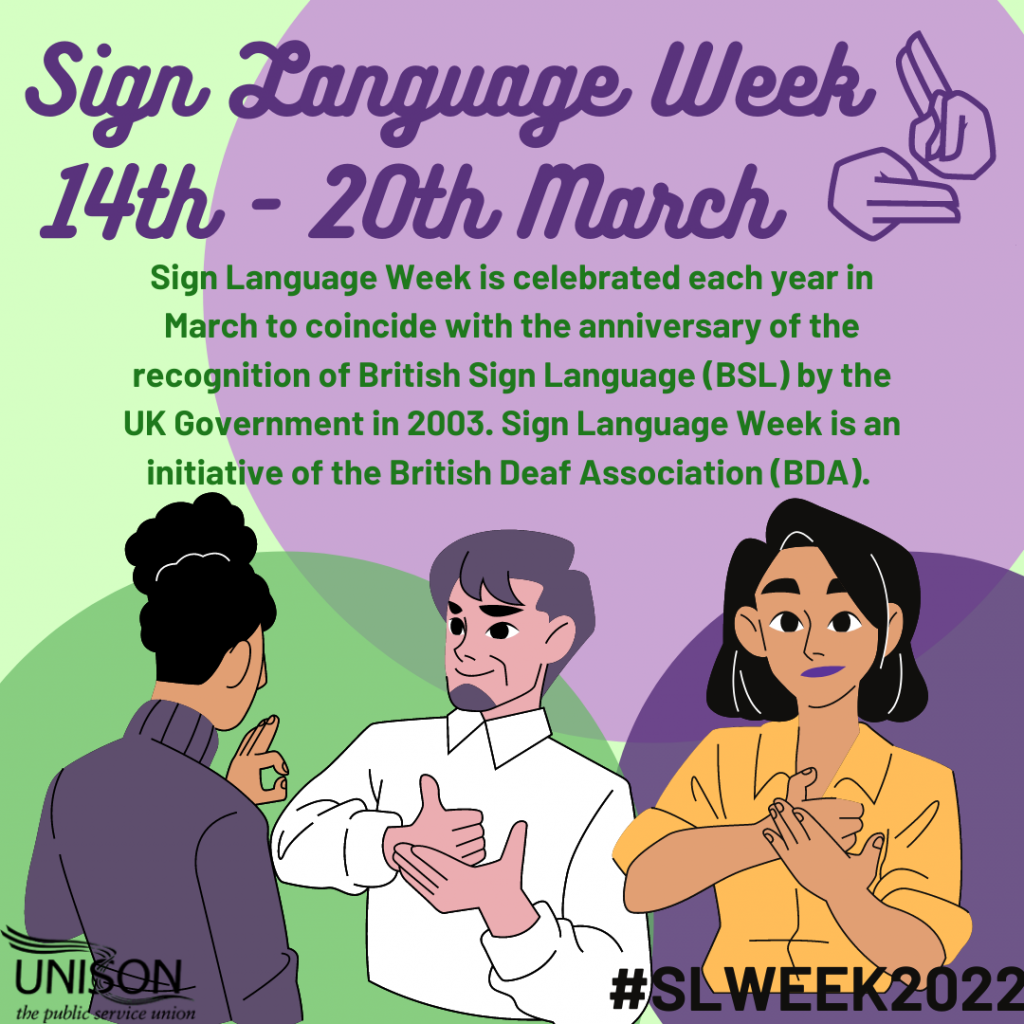