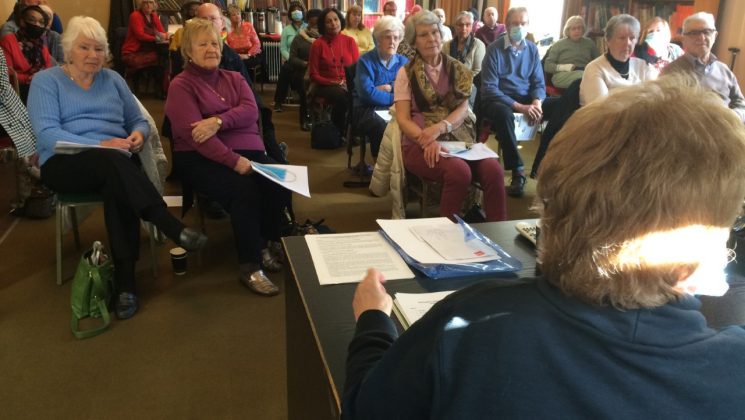 Around 40 members of the Birmingham UNISON Retired Members Section held their first face to face meeting since the pandemic began, as they gathered for their Annual General Meeting at the Birmingham Midland Institute on 14 March.

Last year’s AGM was postponed because of the lock-down, but at this year’s meeting all existing officers were re-elected, as well as delegates chosen for the UNISON Retired Members Regional Committee, the West Midland Pensioners Convention and the TUC Network. The meeting was also attended by Caroline Johnson and Tracey Mooney, the soon to be (from April*) Joint Branch Sectaries of Birmingham UNISON.

A buffet was provided. Many delegates said how they were so grateful to be meeting everyone again, although there was still much anger at what our section of society had been through during the pandemic on issues such as isolation and GP access, and the worries to come over energy prices.

The Section will return to the Birmingham Midland Institute on Wednesday 20th April, for its next round of monthly coffee mornings.

Blog: UK government should take notice of the new disability charter
Safe Schools for All