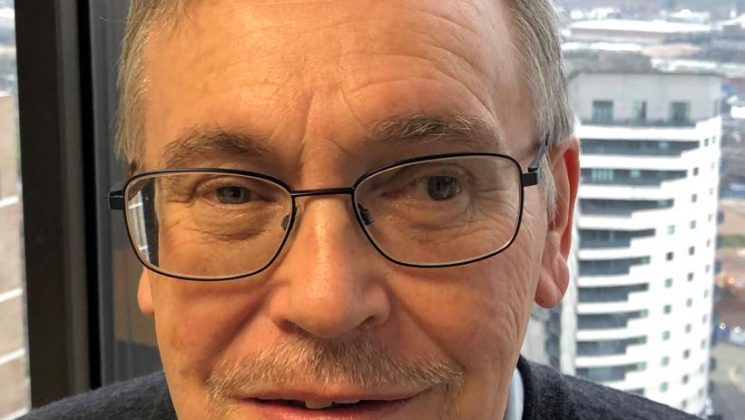 Branch members will shortly be able to vote in the forthcoming election for UNISON’s leadership in Local Government.

We are writing to advise you why our Branch nominated David Hughes to stand in this election. David is our Branch Treasurer and a Senior Steward in City Housing and City Operations.

David is our longest serving activist and his experience and abilities are well respected by Branch Officers, Stewards, and the members he represents.
David believes workers only have strength if the union has well organised workplaces He works in a Neighbourhood Office and is proud that union membership is close to a 100% across the 6 locations.

David always shows solidarity with members taking action. During our long Homecare Enablement dispute, he helped ensure we had the finance to avoid hardship to strikers, spoke at mass meetings, attended their demonstrations and ward leafleting.
David recently spoke at a rally organised by the Sandwell UNISON Branch to bring their leisure services back in-house on national pay and proposed support for striking UNITE refuse workers in Coventry.
When P&O disgracefully sacked 800 workers he proposed the Branch support them and took the motion to Birmingham TUC and secured their backing.

We face a cost of living crisis with rising fuel prices and energy bills, meanwhile, the government are imposing pay cut across the Public Sector. Our members, especially low-paid Women, Black, Disabled and LGBT+ members are trapped between a rock and a hard place.
UNISON members have always suffered the impact of austerity, of cuts in services and jobs. There always seems to be fewer of us doing more and more work. Our members were stretched to breaking point at the height of the pandemic and now have to cope with the aftermath. Services have been dislocated and battered and we can anticipate more to come.

We are under pressure from extra work, reorganisations, pay freezes and redundancies. Not to mention privatisation, Fire and Rehire and casualisation of work. We all face threats and constant change.

Now more than ever we need real change, at work, in our living standards, decent pay and respect at work, and an end to all forms of discrimination. But we also need change in our union.

David is a strong advocate for change that is why your Branch nominated him. We also nominated Carol Garfield and Shazziah Rock (elected unopposed).