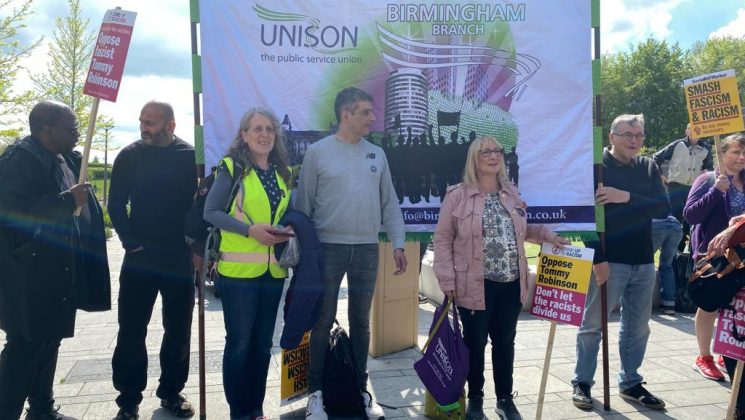 Unison members attended a counter protest against the fascist Tommy Robinson in Telford on 7 May. Our members joined the Birmingham coach full of Stand Up To Racism supporters.
We brought our Unison Branch banner to march alongside other trade unionists and anti racists on the protest in a show of unity. Robinson mustered only half of the support compared to his previous rally earlier in the year. His numbers were down thanks to the previous protest. This will have been a blow to him spreading his message of hate in the city. 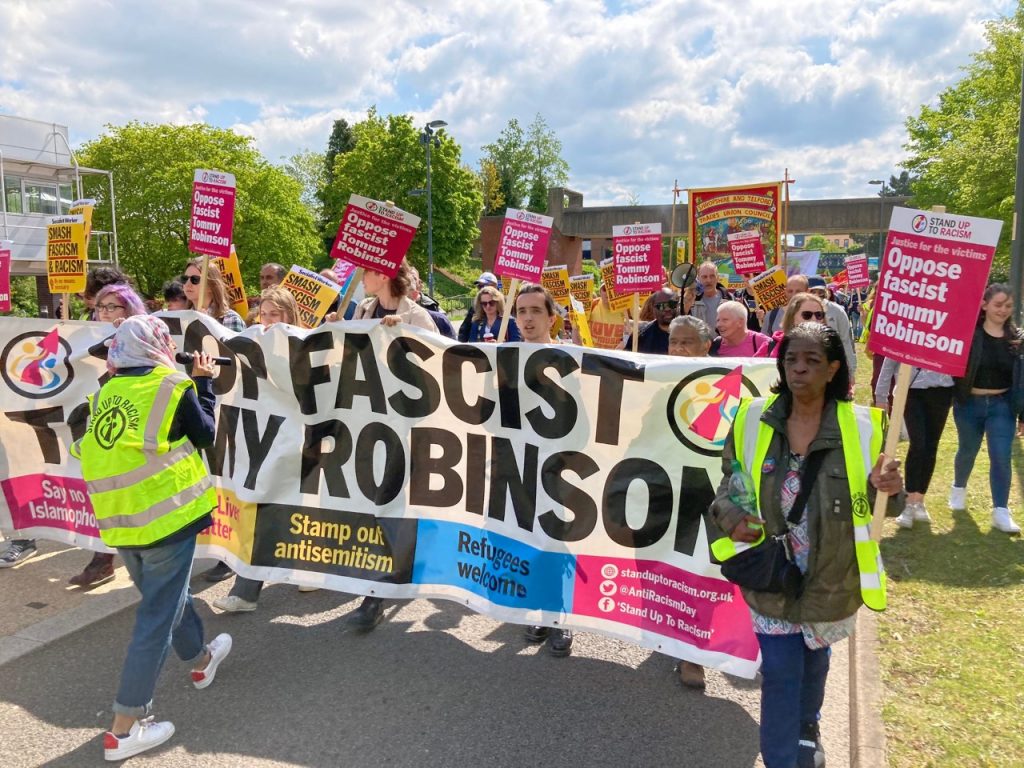 Birmingham Unison will continue to fight against racism and fascism. Please read the press release from Stand Up To Racism:
Stand Up to Racism Press Release 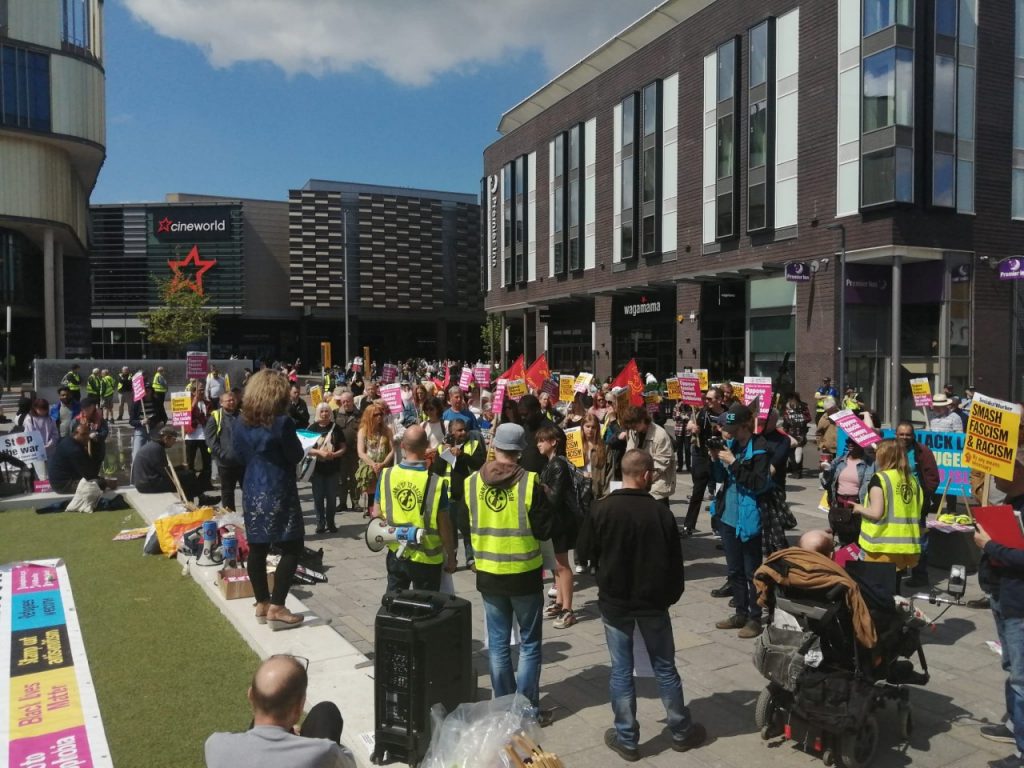 Introduction From the New Welfare Officer