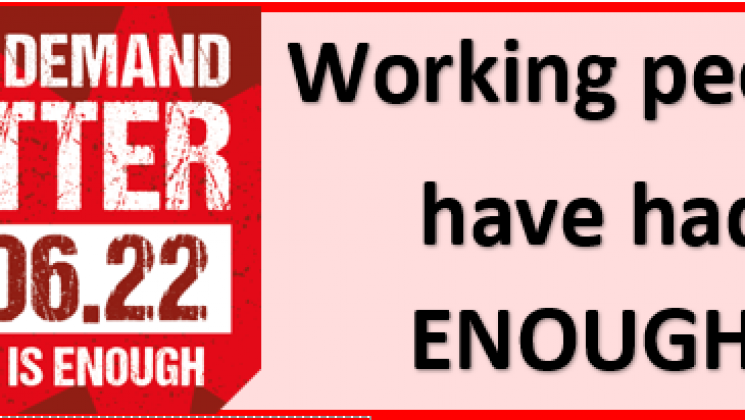 Everything is going up but our wages. Ministers partied while people died. Now they do nothing while living standards plummet and P&O lays off hundreds of workers on the spot.

Its time for a new deal for working people, real help with energy bills and a pay rise.

The Government needs to act now! Join us and demand better.

More than that, we demand a government that listens and acts to support working people.

Book onto the Birmingham UNISON coach to the demonstration.

Birmingham UNISON have organised a coach to the demonstration in London, which is free to all members and their families. The coach leaves Birmingham at 8.30AM, from outside the McLaren Building, Priory Queensway (opposite B&M Bargains), returning to the city on the evening.

The coach is free for members, to book a space please email info@birminghamunison.co.uk 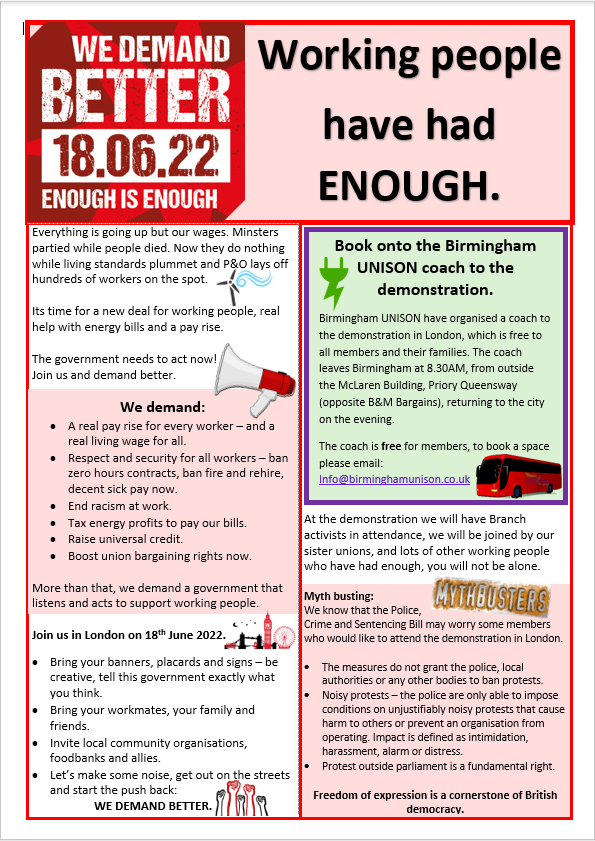 Members Meetings in the Park – June 2022
The Women Chainmakers Festival